https://taniasen.com/death-of-an-icon/The contemporary artist today may act a little like a rebel without a cause at times…it is not to say that there’s a dearth of issues in the world. It may just be an overwhelming number of issues that need addressing that is confusing coupled with the fast process of democratization of the icon…about Mona Lisa, when Duchamp drew the mustache on Mona Lisa it was a great act of subversion for its time.

In 2012 when Androgyny was envisioned there wasn’t a plethora of deviant art representations of Mona Lisa with various hairdos and outfits! Androgyny was depicted with the body of Michelangelo’s  David and Mona Lisa’s face with the oh so well-known languid expression complete with a mustache and a goatee.  His bare body is embraced by a pair of arms resonating those of Mona Lisa’s in the essence posture as opposed to the original David who had his kill slung over his shoulder. Androgyny holds up a beer bottle cheering the absurdity of it all!

Subodh Gupta’s black Mona Lisa bust with a mustache and goatee was in Frieze 2017. The bust, devoid of the intricate ethereal background of Mona Lisa’s painted portrait and the moustache done to death already. It is humbling to remember the words of Warhole, “nothing is original anymore”. While it makes no sense to shame and blame the contemporary artist for plagiarism it is still important that a meaningful work of art bears within it a narrative that is expressed in a new and unexpected way even if it’s been said before.

On the topic of Mona Lisa, Jogen Chowdhury’s rendition was typical of his intrinsic style.  He made her hungry, with a dark sense of humor! Although fully recognizable in its iconic presence, this woman is somehow wizened either from aging as the sagging bosom indicates…the saffron on the part of her hair tells of her married status, the smile somewhat jaded yet self-assured. Regardless of what the artist’s own imagination might have conjured, the painting in an unmistakably Jogen Chowdhury style maintains enough ambiguity to capture or even seduce speculation from an audience – something sadly missing in the black bust. 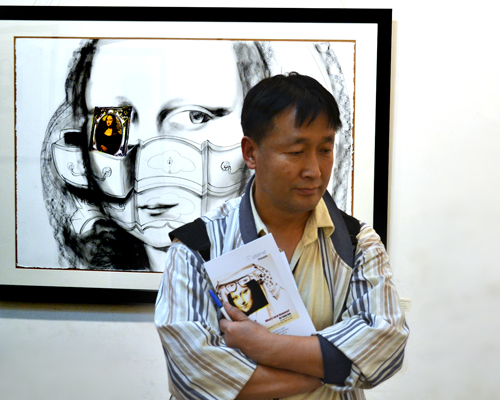 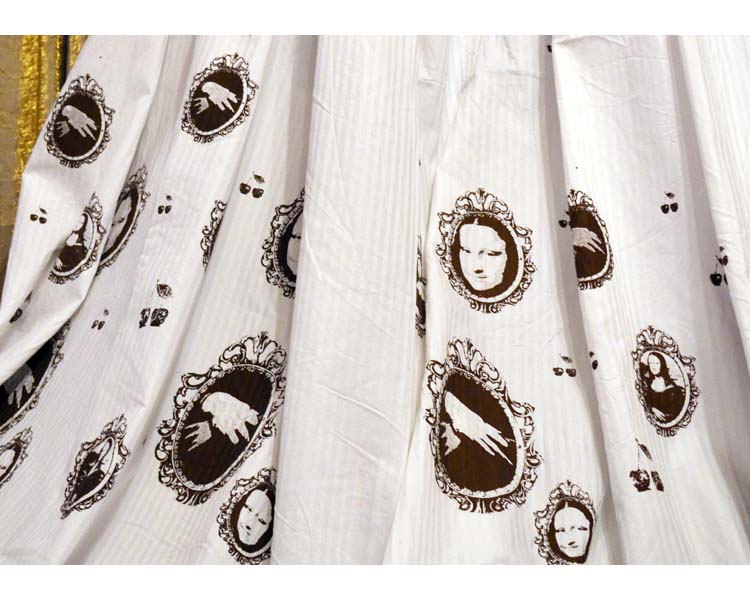 "In a media society meaning has no meaning anymore: communication merely communicates itself."