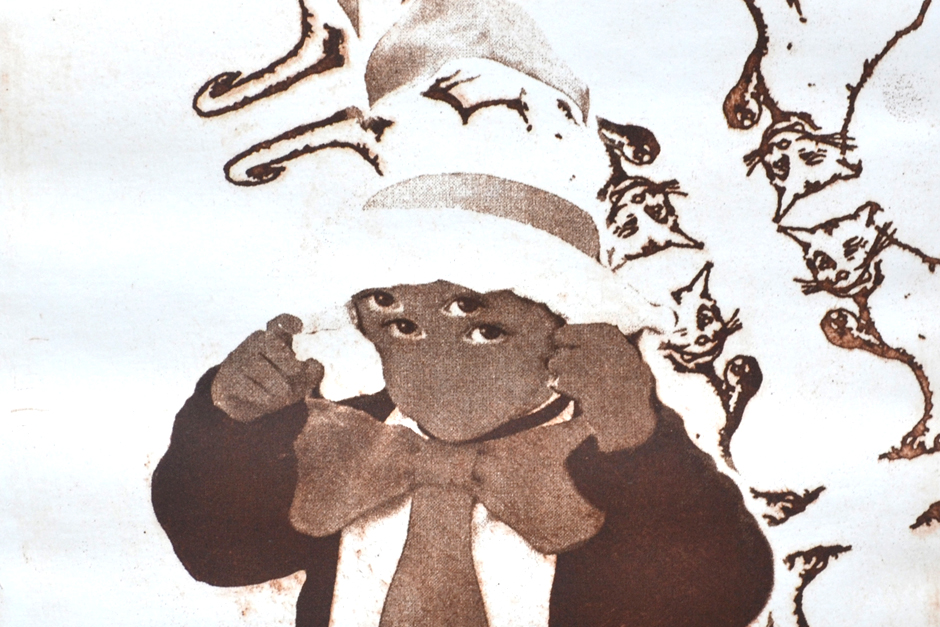 “Please Touch” is a collection of prints and sculpture where I often call upon a state of loss of control allowing the scope for a surprise development.

“Please Touch” is a plea for sensuality, a plea for attainment, a plea for deliverance. Please Touch – I is a triptych of a full figure resonating Marilyn Monroe from Seven Year Itch, is baring her sensuality in all its vulnerability and strength, and finding release in acceptance of herself. Please Touch – II is really a continuation of the first piece, where the figure – suspended from the ceiling with a large bunch of helium balloons – in a state of weightlessness and surrender is in the act of losing her sandals.

The act of surrender, rather the relinquishing of control in the practice of non-abstract art is often an act of careful carelessness. “Improve your art by not trying” says Nicholas Wilton. He demos his scraped off paint spill on his work. Being a bit of a butter finger myself, neatness has not been my strong hold although thankfully that did not affect dexterity. A spill has always has a power which a deliberately painted piece cannot replicate.
I often call upon such a state of loss of control in these prints and
sculpture pieces.

“Us, and them
And after all we’re only ordinary men.
Me, and you.
God only knows it’s not what we would choose to do.”

Suggests perhaps that the compromised state of being  might not be gender specific and may only be a mindset.  Love, motherhood, wealth are all reveled in its deficiency rather than fulfillment.

Being in constant conversation with the environment has been an obsession of sorts…some of it much thought out and premeditated, others are musings and speculations…yet others simply happen, such as Inside Outside. During my visit to Barcelona, I fell in love with Gaudi’s Sagrada de Familia, despite its many apparent disjointed design directions. While walking down the conch like staircase, I looked at the expanse of the city to spot the Torrre Agbar proudly gleaming above the cityscape in the full glory of its phallic shape!

At the etching studio, in downtown Manhattan, my mentor and master print-maker noted that my work bore a strong erotic element, which by then was not new to me, even though I was still not very comfortable with the notion of sharing it. For a photo etching session, the staircase of Segrada Familia and Torrre Agbar were two transparencies I decided to work with, purely from the standpoint of their abstract design aesthetics. My mentor looked at my selection and nodded knowingly which made me desperately scrounge around for a visual form that would have a bearing outside of the obvious connotation. Thus I juxtaposed the prayer figure icon to the images of the buildings. Photo etched on copperplates, they are two separate plates printed on the same paper. In these images are contrasts of the male and female, “inside” and “outside” in the context of architectural and psychological space. It just happened!