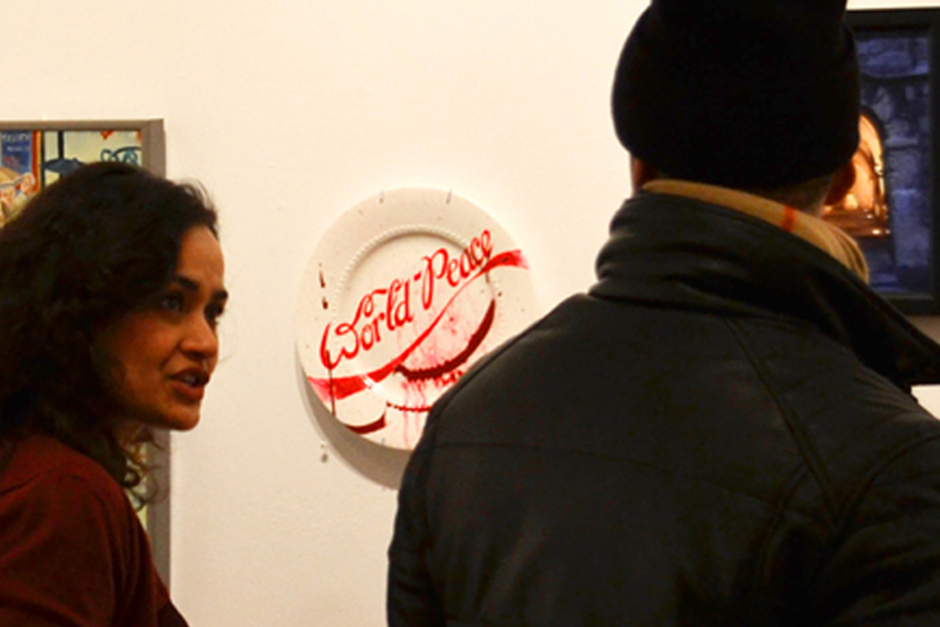 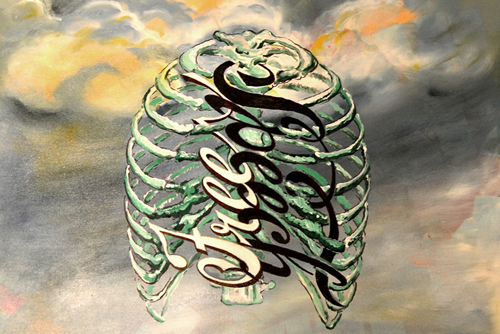 Fizzy Dreams comprises of works that allude to consumerism by borrowing the Coca-Cola logo style of text as a satire on distribution of wealth.

I am a great believer in happy accidents, as a matter of fact even for things that we think we might have a great deal of control over are accidents of sorts as they materialize with a separate set of energy at play than the ones that are being deliberated.  While Patterns and Predispositions have always been a part of my works, the misstep or misalignment of a set algorithm offers a detour from the expected outcome and therefore bears artistic interest.  Precious Metal is a standalone sculptural piece with bold Coca Cola letters spelling out “Shared Wealth”.  Like all works in “Fizzy Dreams”, these words are written in a familiar script, serving the purpose of mnemonic in the familiar landscape of consumerism.

“Tania Sen’s sculpture Precious Metal (2014) is made out of an orange cone …In this work Sen alludes to consumer culture by borrowing text that is similar in texture, form and color to the iconic Coca-Cola logo from the world of advertising.  She alter the words, however, to “Shared Wealth”.  The gold paint  coating the traffic cone, a universally recognized object like the Coca-Cola beverage, suggest the risky outcome veneration of consumer culture may impose on notions of value and corporate wealth.”

There is dichotomy in the propagation of an otherwise didactic ideology in a commercial form raising the question, of whether if an ideology can indeed be sold? Can an ideology be sexy even if it requires a certain degree of dedication and selflessness? It scopes the limit of the boundary that many of us envision with money. Keynes emphasized the role of money as a “store of value.” Why, he asked, should anyone outside a lunatic asylum wish to “hold” money? The answer he gave was that “holding” money was a way of postponing transactions. The “desire to hold money as a store of wealth is a barometer of the degree of our distrust of our own calculations and conventions concerning the future.