It would appear that despite all the outcry about “hubris” as the reason for downfall of the hero in Greek mythology, it is not much different in Indian mythology, except, Ravana was marked as somehow undeserving despite his qualifications right from the get go which pissed him off! He was never the hero with “hubris” issues – he was a rebel!
The anti-hero – always more attractive – warts and all, honing much power but slipping up for possessing human weaknesses. He/she is easy to relate to…often with more charisma the antagonist falls and the following or precious herd, shuffles over to the side that is more favorable!

My portraits trace power in the current form, shaped by history, cultural and social wiring. It explores the human condition of duality in strife between power and powerlessness. My “Ravana” is depicted as a woman. The ten heads of Ravana with different expressions from the series of portraits below. I often find references in real life, forms that resonate popular myth. What else is a myth if not an attempt to understand the ever shifting face of reality with subjective interpretations and unrequited envisioning of aspirational entities? 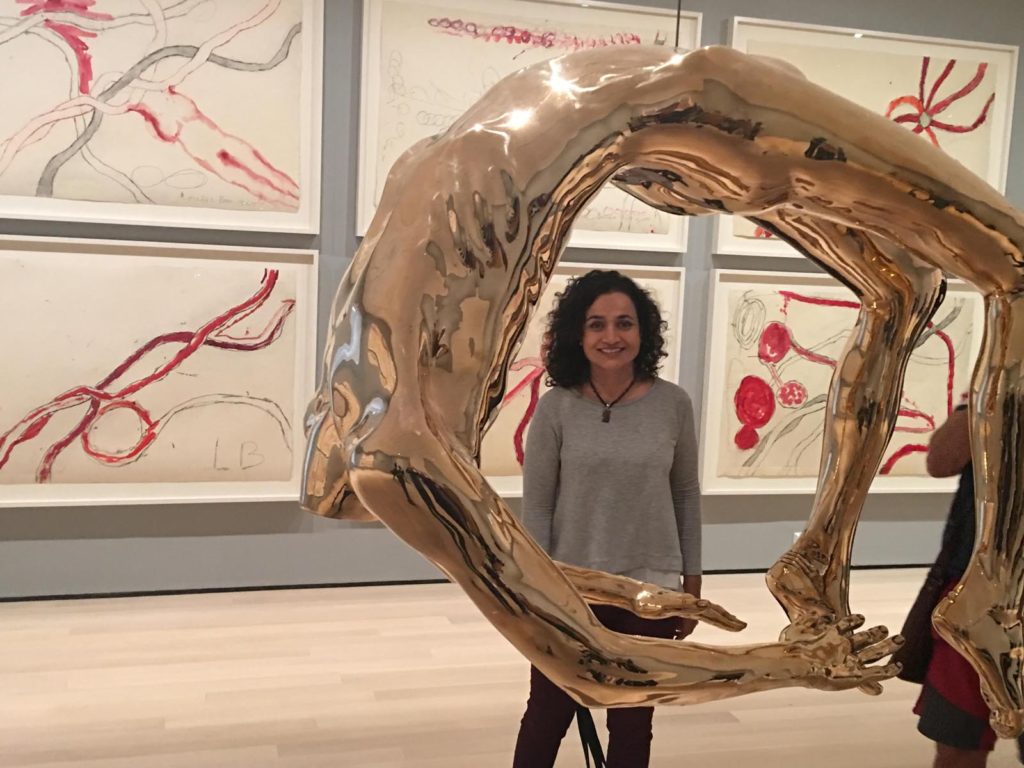 "Bindas" is the quality of effortless spontaneity.  It is the humor in Bourgeois's works that faces the truth with mild detachment which is perhaps the…

"There is a vitality, a life force, an energy, a quickening that is translated through your into action..."