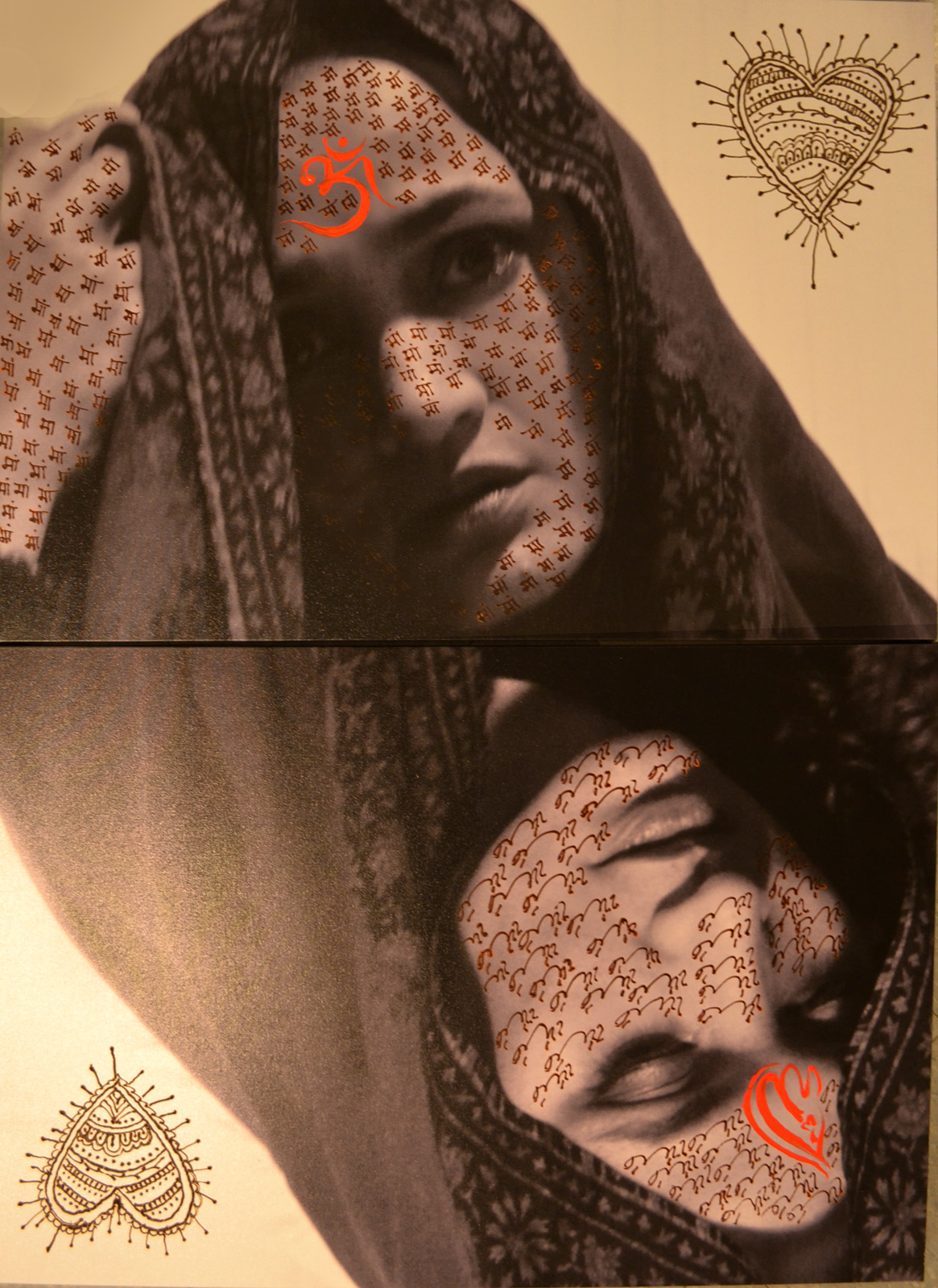 Love in the Time of Polarization -II

My works often resort to the use of text and symbol, calligraphy, popular icons, etcetera, to register a context to the viewer.  In most of my performance art still photographs, my face becomes a canvas representing the topic of address.  The combination of the two converts the image into a metaphor – taking away the literal meaning of the words and the obviousness of self-representation.

For those who are aware of the polarized socio-political climate of India, no further explanation is necessary.  For those unaware – the story is still about the symbolic motherland separated ideologically but with common challenges.

Tania Sen is a contemporary artist of Indian origin who lives and works in Philadelphia. Using mythology, politics, pop culture, ads, signage, Tania explores the process of transformation of human perception in an age of digital reproduction. View all posts by taniasen